My France Diary: Day 2 is finally here! I really put a lot of effort into this one, so enjoy! (Don´t worry if you missed Day 1, just check it out here!)

I woke up extra early to get my workout and shower done before breakfast. This helps me kick-start my day, feel super good, make healthy choices throughout the day, since I don´t want to ruin my workouts benefits, and have my workout out of my way so I can enjoy my trip without having to worry about working out later in the day.

Our breakfast was the best and most beautiful breakfast I’ve ever eaten and seen. We were brought to a room upstairs that had a big wooden table in the center, which was already set with delicious food. The theme of the table was black and white – so elegant. Yet the fancy-looking dishes were a silvery color. The room had a big, ancient-looking wooden closet in it, as well as a real fireplace, flowers, beautiful vases and a big drawn picture hanging on the wall of a man. The feels were all French. I felt like I just stepped into an old all-french mansion or a movie-set for a french movie which plays in a royal palest.
The room had a gorgeous scent of fresh-baked cake, which was standing in the middle of the table, along with fruit, a baguette, croissants and homemade jam. We could have whatever we wanted to drink, like hot chocolate, coffee, fresh juice, water, tea…whatever our hearts desired! That´s when my vision of the french mansion or royal movie really was enhanced again. 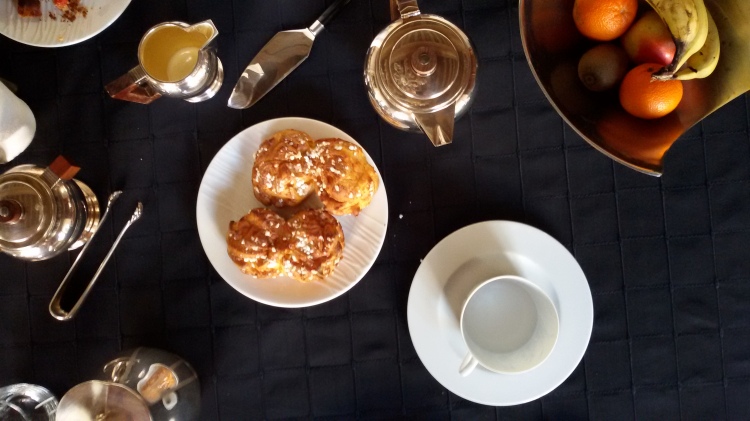 People from all over the world come to this tiny little town on top of a tiny mountain to meet like-minded people, sing, pray and talk.

Most of them sleep in their own tents or huge tents like these.. 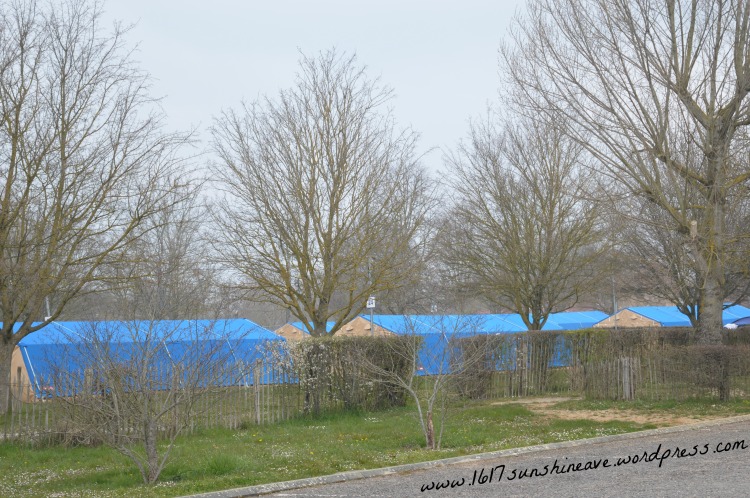 We attended one of those famous holy masses, after we´d walked around the hill for a bit.

Frère Roger was the founder and father of this special place of prayer and pretty much Taizé.

The holy mass was held in here. 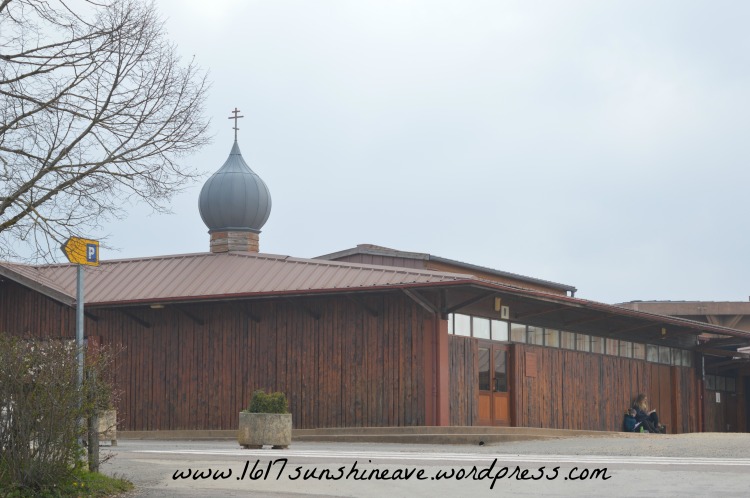 The place where the mass was held was sectioned into three parts. From the front there was a center rectangle reserved for the local monks, who arrived one by one dressed in all white before the mass began. Left, right and behind that space was place for visitors and everyone else to sit on the ground or on tiny little wooden stools.
It was gigantic. As more and more people came, three garage doors which made up the wall and end of the room were just opened to reveal much more space for people to sit, which really was necessary due to the amount of people still coming.

The mass itself was very different to anything I´ve ever experienced. There was no priest, no one standing in front of everybody. The altar was filled with candles and stayed that way. There were voices, whom I later distinguished as the monks, who said small quotes into microphones, so everyone would hear. The same quote was repeated six times in different languages. After one or two quotes, a song followed.
Everyone sung. It was such an energy in the room. The songs were easy and short, so they were just repeated sometimes up to 25 times. So really everyone could join in. And everyone did.
The same thing was repeated with different quotes and different songs of course. Then there was a ten minute silence. After which one more quote and one more song followed.

When the mass was done, the monks just left the room and when they were gone, everyone else slowly left as well.

After this breathtaking experience we left Taizé and drove to Tournus. We first searched for a place to eat, which wasn´t that easy since as we found out, Wednesdays were “rest days” for the people in Tournus. There were hardly any cafés or restaurants open.
In the end we did find a cute café near the Saône, called “Café de la Paix”. (This is the address in case you´re visiting: 9 Rue Jean Jaurès, 71700 Tournus) 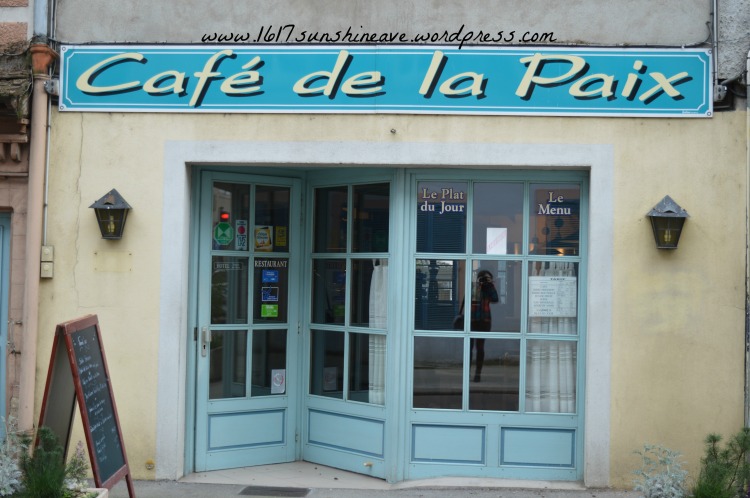 I had this amazing cheese on a salad. 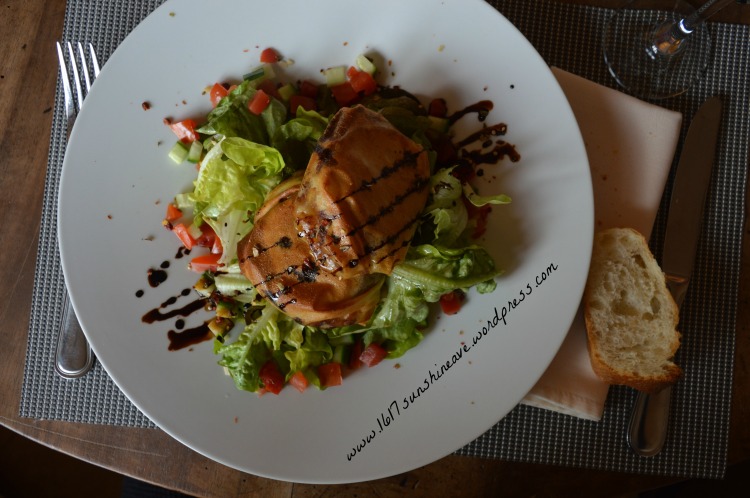 All satisfied we went to visit the church of Tournus. 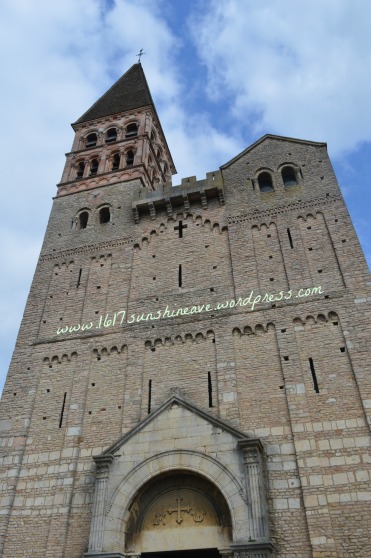 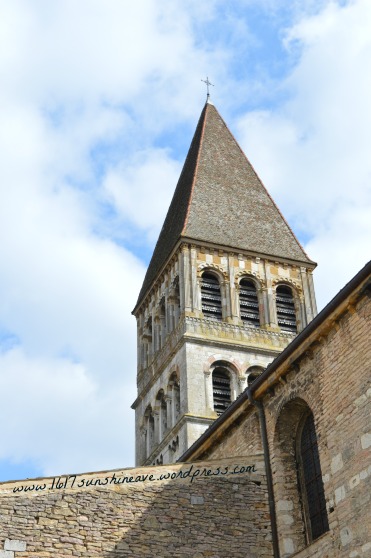 After which we walked down to the Saône and took some pictures there. 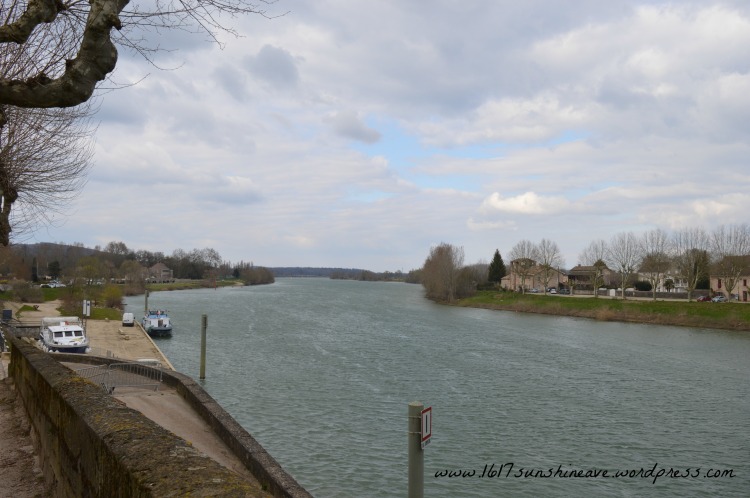 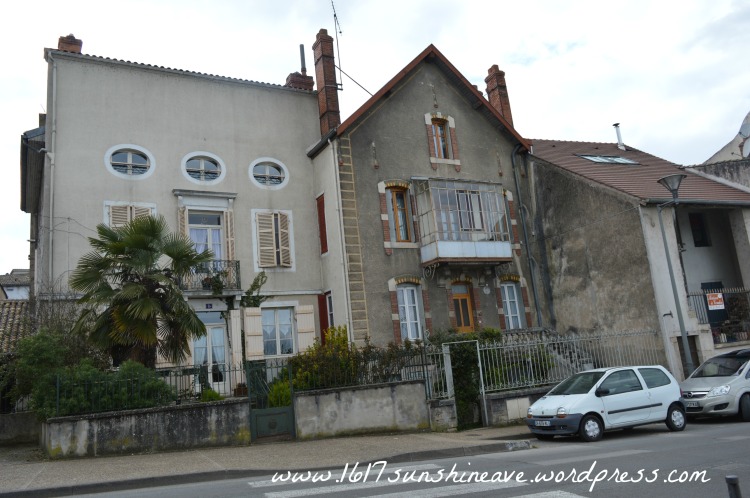 On we drove to visit a dear friend nearby.

It was fairly late when we came back to Cluny. Still we had to eat something for dinner, so we walked once more through town to eat, this time an asian wok for me, in the same restaurant as the day before: La Nation (21 Rue Lamartine, 71250 Cluny)

This day was full of new experiences, fun, love and laughter. A good day. Even though the weather wasn´t the best, but it´s all in how you see things, right?!